How does an iconic drinks brand that’s all about fun, social connection make a splash during a summer where social interaction isn’t allowed?

We were thrilled to be able to work with our friends at global design agency Design Bridge, on a social media experience linked to the limited edition packs they designed for launch across Europe.

‘Share Some Sunshine’ launched on Instagram and Snapchat and generated hundreds of thousands of interactions in markets including France, Belgium, Poland, Turkey, and was even adapted for launch throughout Middle East.

Check out the full story here, or try it out yourself on Instagram or Snapchat by scanning the codes below! 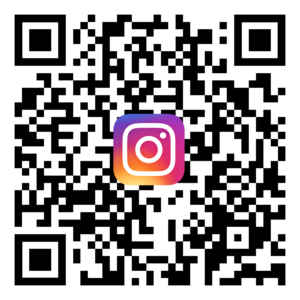 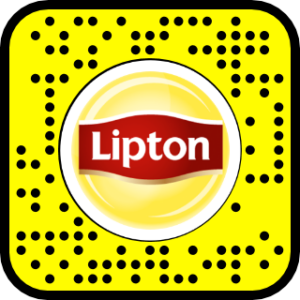 A huge dinosaur has popped up at the Natural History Museum…and it’s getting festive!

A new ‘Snap Lens’ has been created by London-based augmented reality experts Arcade that allows visitors to the city’s Natural History Museum to discover a giant, festive diplodocus that appears to have taken up residence on the museum’s roof. The new diplodocus is a scaled-up version of the plaster cast fossilised dinosaur that used to take centre stage in the museum’s famous Hintze Hall and was, from 1979 to 2017, the iconic emblem of the museum.

Snapchat users are able to access the specially developed Lens when they are close to the Natural History Museum – specifically within sight of the famous entrance on Cromwell Road in South Kensington. By selecting the Lens and pointing their phone at the building, they can see and hear the diplodocus, and enjoy the prehistoric wintery scene.

Snapchat Lenses are best known for augmenting users’ faces, but in April 2019 the company announced a new type of Lens known as ‘Landmarkers’ – capable of applying augmented reality content to buildings, not faces. Landmarkers are available to Snapchat’s community of creators for free, via its Lens Studio software. Only a small group of buildings globally are available as Landmarkers, and the Natural History Museum was added in August. This was of particular interest to Arcade, who specialise in using augmented reality to create more meaningful connections between people and the physical world around them.

“We couldn’t resist having a bit of fun with the Natural History Museum Landmarker, and what better than bringing back Dippy, or perhaps Dippy’s big brother, as a festive treat?” said Alex Book, Arcade co-founder and Chief Strategy Officer.“We know it’s not a historically accurate model, but hopefully the museum and their wonderful array of palaeontology experts will forgive us. It is Christmas after all!”

The Lens is available for free to all members of the public via the Snapchat app. It was created by Arcade and is not endorsed by or related to the Natural History Museum in any way.

Tickets to The Cunning Little Vixen can be bought here. A Vixen’s Tale is open to all, for free, at Wales Millennium Centre from October 5th to November 3rd.