A Vixen’s Tale, the mixed reality immersive experience created for Welsh National Opera, has been honoured in Creative Review’s prestigious awards publication, The Annual 2020, one of the creative industry’s most valued awards. We are thrilled to be included in this “showcase of the year’s best work across advertising, design, digital, gaming and more” alongside big-hitting brands like IKEA, Spotify, Channel 4, Nike, The Guardian, KFC, Lacoste, BBC and Adidas, and world-leading agencies such as Mother, Droga 5, TBWA and Wieden + Kennedy.

Designed to immerse opera-goers new and old in the story of Leoš Janáček’s iconic The Cunning Little Vixen, A Vixen’s Tale originally launched Wales Millennium Centre, Cardiff in October 2019. During its hugely successful month-long installation, it welcomed 5,939 recorded visitors, with over 80% of groups including younger audiences – a key metric of success for WNO.

A Vixen’s Tale has continued to tour, with the most recent installation at London’s South Bank sadly postponed due to the Coronavirus. Fingers crossed, she’ll be back soon!

Read all about it on Creative Review hier or click below to see how we designed the experience to help WNO challenge perceptions of opera and connect with an entirely new audience.

Learn more about connecting with new audiences via immersive arts 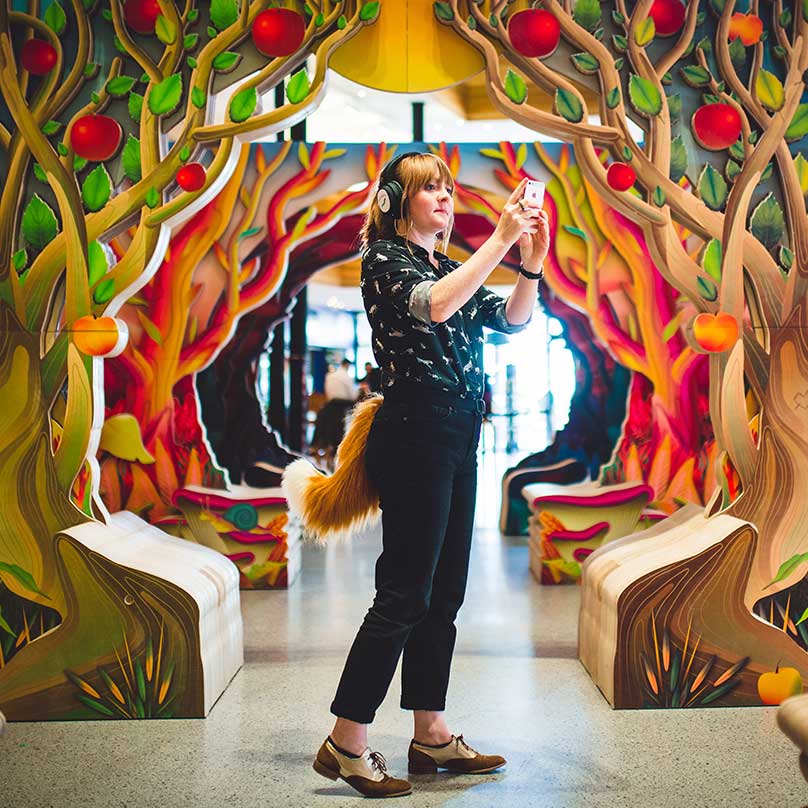 Tickets to The Cunning Little Vixen can be bought hier. A Vixen’s Tale is open to all, for free, at Wales Millennium Centre from October 5th to November 3rd.