This is the question being asked of people around the country – and the world – ahead of the 80th anniversary of the Battle of Britain. ‘The few’, so famously referenced by Sir Winston Churchill in his iconic speech, are of course the brave pilots of the RAF who risked so much to protect the country from invasion.

But they could not have succeeded without knowing what they were up against. Early warnings of incoming Luftwaffe raids – how many aircraft, what type, where and headed in which direction – provided the critical information that made RAF Fighter Command’s speedy response possible. This vital job fell not to seasoned military veterans, but to the civilian volunteers of the Observer Corps.

Now the Observer Corps Experience, created by Arcade for IWM Duxford, allows the public to get a glimpse of what it might have been like to bear this heavy responsibility.

Using a mobile VR web app, we invite users to step back in time to September 15th, 1940. This momentous day is now seen as the climax of the Battle of Britain, with the increasingly desperate Luftwaffe launching its heaviest attacks against the British mainland throughout the day, and it was up to the Observer Corps to spot incoming raids and relay the information to RAF Fighter Command as quickly and accurately as possible.

Watch the incredible archive and re-enacted footage, then grab your binoculars and do your job to protect the ‘Few’. Follow the link or QR code below to step into the shoes of the brave men and women of the Observer Corps.

On mobile? Cick hier to launch the experience. On desktop? Point your phone camera at the QR code below. 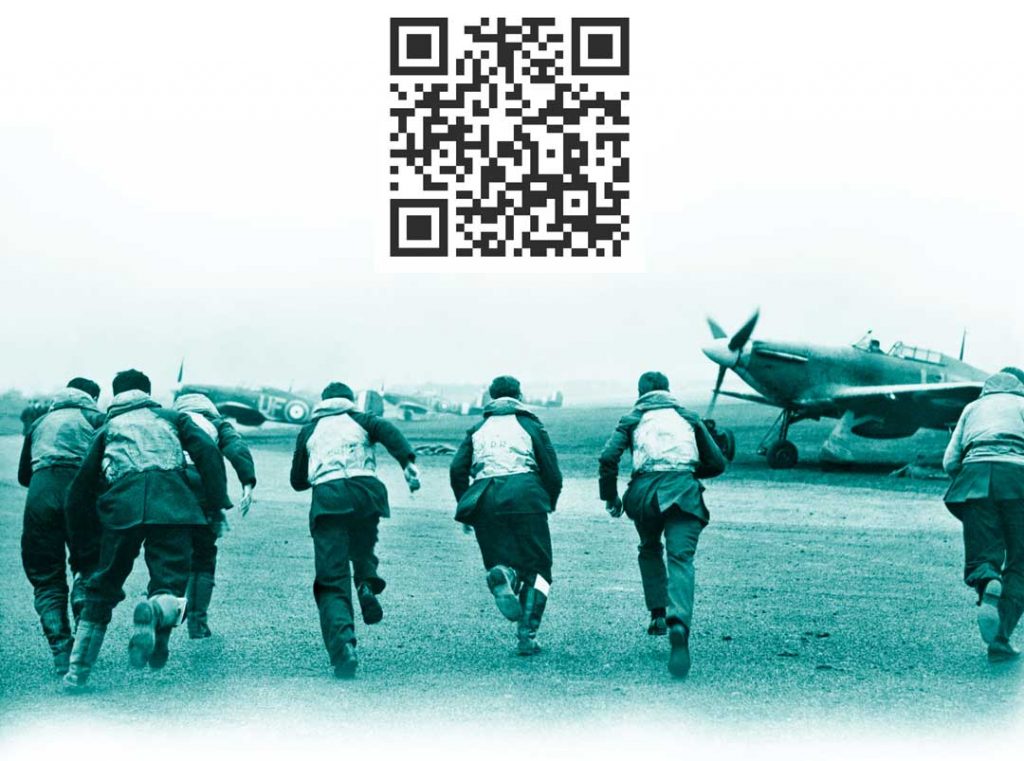 If you enjoy the experience, or want to find out more, then why not head to IWM Duxford? It is fully re-opened, with extensive measures in place to keep visitors safe. Book your tickets here: https://www.iwm.org.uk/visits/iwm-duxford

Culture & heritage immersive culture IWM Duxford mobile VR virtual reality
We use cookies on our website to give you the most relevant experience by remembering your preferences and repeat visits. By clicking “Accept All”, you consent to the use of ALL the cookies. However, you may visit "Cookie Settings" to provide a controlled consent.
Cookie SettingsAccept All
Manage consent