The Hundred is a brand new cricket tournament bringing speed, excitement and innovation to England’s summer sport. In partnership with the England & Wales Cricket Board (ECB), Sky Sports en Dimension Studio, the Arcade team has been working feverishly for the past few months on creating a world-first in sports fan engagement: augmented reality avatars of The Hundred players that audiences can bring into their homes, gardens or anywhere else they want.

Fans can see their heroes batting, bowling, wicket-keeping and even recreating iconic moments from cricket history, with more players being added throughout the month-long tournament.

The ‘Meet The Players’ experience is available in three different places – The Hundred app, the Sky Sports app and via 8th Wall WebAR – and gives a glimpse of the future of sports engagement.

To learn more about immersive tech in sports

A fantastic couple of weeks of sport came to an end on Sunday 10th July, but not before thousands of Wimbledon visitors got the chance to have their photo taken with superstar HSBC Global Ambassadors Emma Raducanu and Tim Henman!

Well ok, not actually with them, but the next best thing – an AR pic next to a virtual version of these tennis heroes.

This activation was developed for HSBC, a partner of The Championships, Wimbledon. In collaboration with CSM Sports and Entertainment, ‘Game, Set, Snap’ was installed at two Wimbledon fan zones for the duration of the two-week tournament.

The experience uses ‘magic mirror’ techniques, employing a combination of touchscreen, 4K camera, media player and 2D chroma key holograms to create the effect. Each session also generates a unique URL which users can access via QR code, with a simple web interface and backend allowing fans to download and share their images privately and securely.

Although crowd favourite Emma was eliminated early, the good news for fans was that they could still meet her in a shot of their choice, and walk away with a souvenir photo to share with the friends and family. 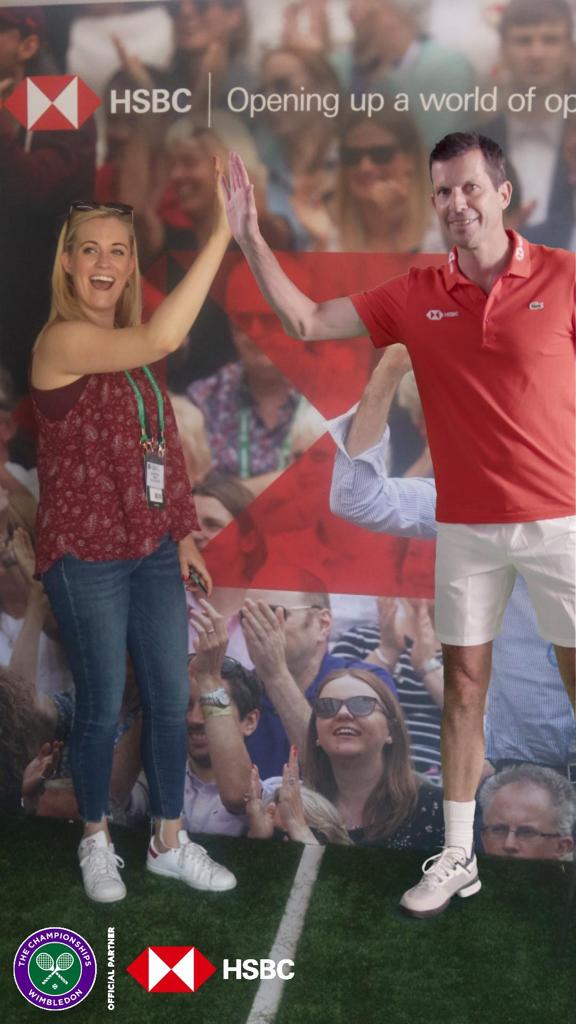 TO FIND OUT MORE ABOUT IMMERSIVE FAN ENGAGEMENT, GET IN TOUCH

CONTACT ARCADE
CSM fan engagement HSBC immersive experience magic mirror Sport Wimbledon
We use cookies on our website to give you the most relevant experience by remembering your preferences and repeat visits. By clicking “Accept All”, you consent to the use of ALL the cookies. However, you may visit "Cookie Settings" to provide a controlled consent.
Cookie SettingsAccept All
Manage consent